The past week of whale watching aboard the Legacy yielded some astonishing sightings of fin whales, common dolphin, bottlenose dolphin, and pacific white-sided dolphin.

Last Saturday we set out in hopes of spotting a Grey Whale, as their yearly migration south past San Diego has officially begun. Sea state was good and the crew was scanning the horizon in all directions as we tracked North-West from Mission Bay. Eventually, we spotted a spout, or a large column of mist, to our north. The crew discussed and determined that this was not a Grey Whale but something else.

We approached the area and were greeted by a Fin Whale. Fin Whales are known as the “greyhound” of the ocean. They can move very fast over distance and can burst to speeds of 25 knots. On top of all this, they are the second largest marine mammal in the ocean. They can weigh roughly 120 tons and can be 80-90 feet long. When we spot them, they rarely stay in one place for long. 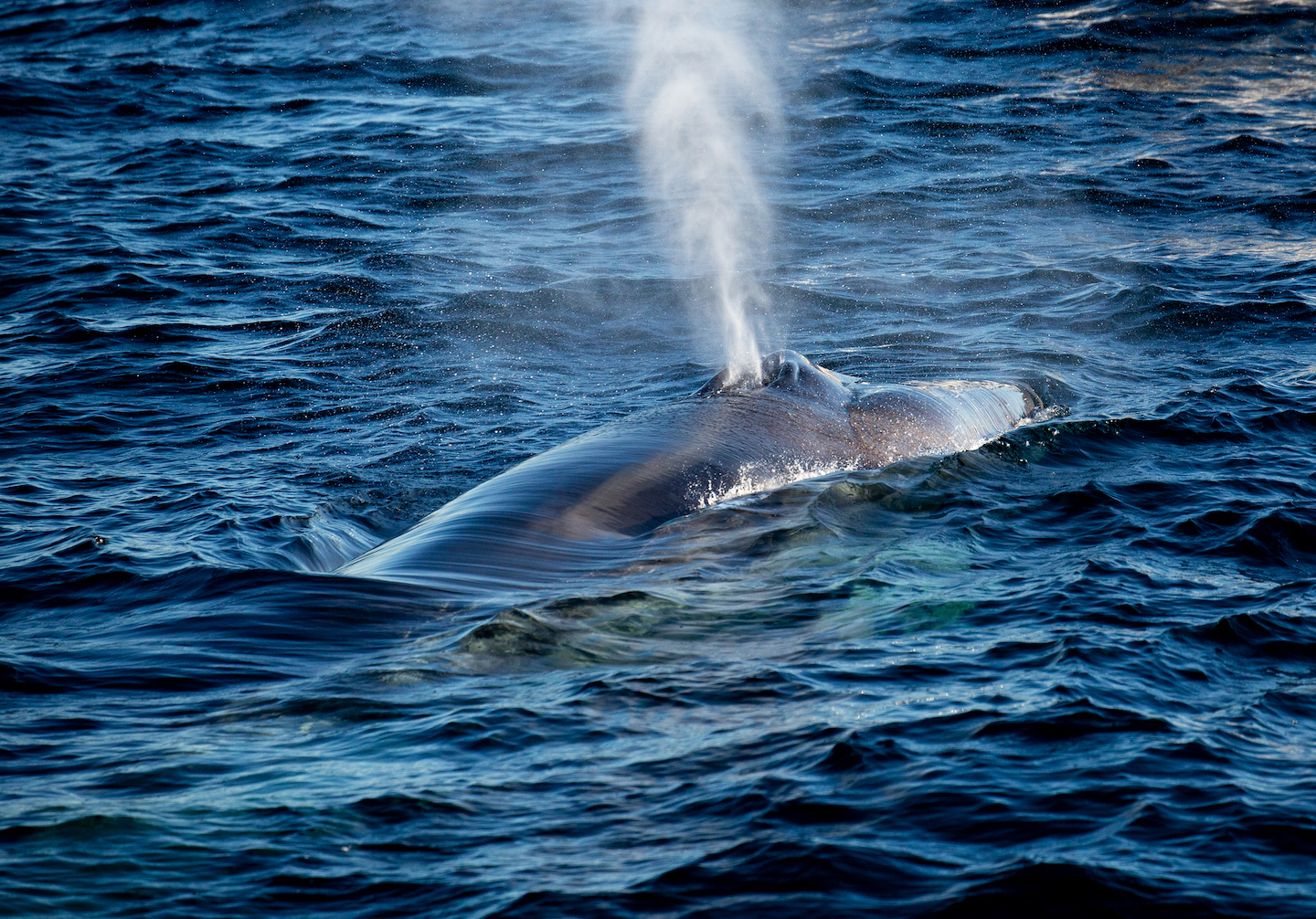 The individual spotted last Saturday was amazing because it acted wholly unlike any fin whale we had seen before. At first it surfaced nearby, feeling us out. Two breathes and a 6-7 min dive right at the surface seemed to be this whale’s schedule. Each time it got a little closer. At one point we lost sight of it. Checking around the boat in all directions, we realized that it was sitting right underneath us, checking out the boat. It was absolutely incredible. The fin whale proceeded to swim around the boat for a good 40 min before slowly moving on. The crew aboard the Legacy was debating what this individual actually was, as we have never seen a fin whale behave that way before. Then again, you never know what you are going to see on the ocean.

We look forward to when the Pacific White-Sided Dolphin start to play with largely marine mammals, as they are liable to do. It is hard to describe the joy one feels upon seeing dolphin jumping and playing around the boat.

The search continues with more trips this week and we here at Legacy can’t wait for what awesome sights the ocean will bring.