What a great week to be on the ocean! We here at Legacy whale watching always say “You never know what you will see on the ocean,” and this past week was a reminder to us all. Sightings included False Killer Whales, Gray Whales, Common Dolphin, Bottlenose Dolphin, and Pacific White-Sided Dolphin.

False Killer Whales are a tropical/subtropical species that can grow as large as 20 ft long and weigh 3000 lbs! Our sighting this past week was super rare because they typically don’t travel so far north and spend most of their time in deep water (we saw them a few miles from shore). These masters of the deep have been recorded diving as far as 3,000 feet down! The large forehead on our False Killer Whales indicates a heightened sense of echolocation, the ability to see with sound, which comes in handy when making deep dives into the dark. The forehead houses the organ known as the “melon” which is a lipid filled sac acting as an amplifier for the sounds produced by these dolphin. We got to experience the power of their echolocation when approaching the pod. You could clearly hear their whistling and clicking from the second floor of the boat! Quite surreal! False Killer Whales eat mainly fish and squid, though there have been some rare sightings of them going after other marine mammals. The pod we spotted seemed to be milling about with no real direction or intention. The pod was curious and made multiple passes right alongside and underneath the boat. This sighting was a first for many of the crew aboard the Legacy. What a trip! 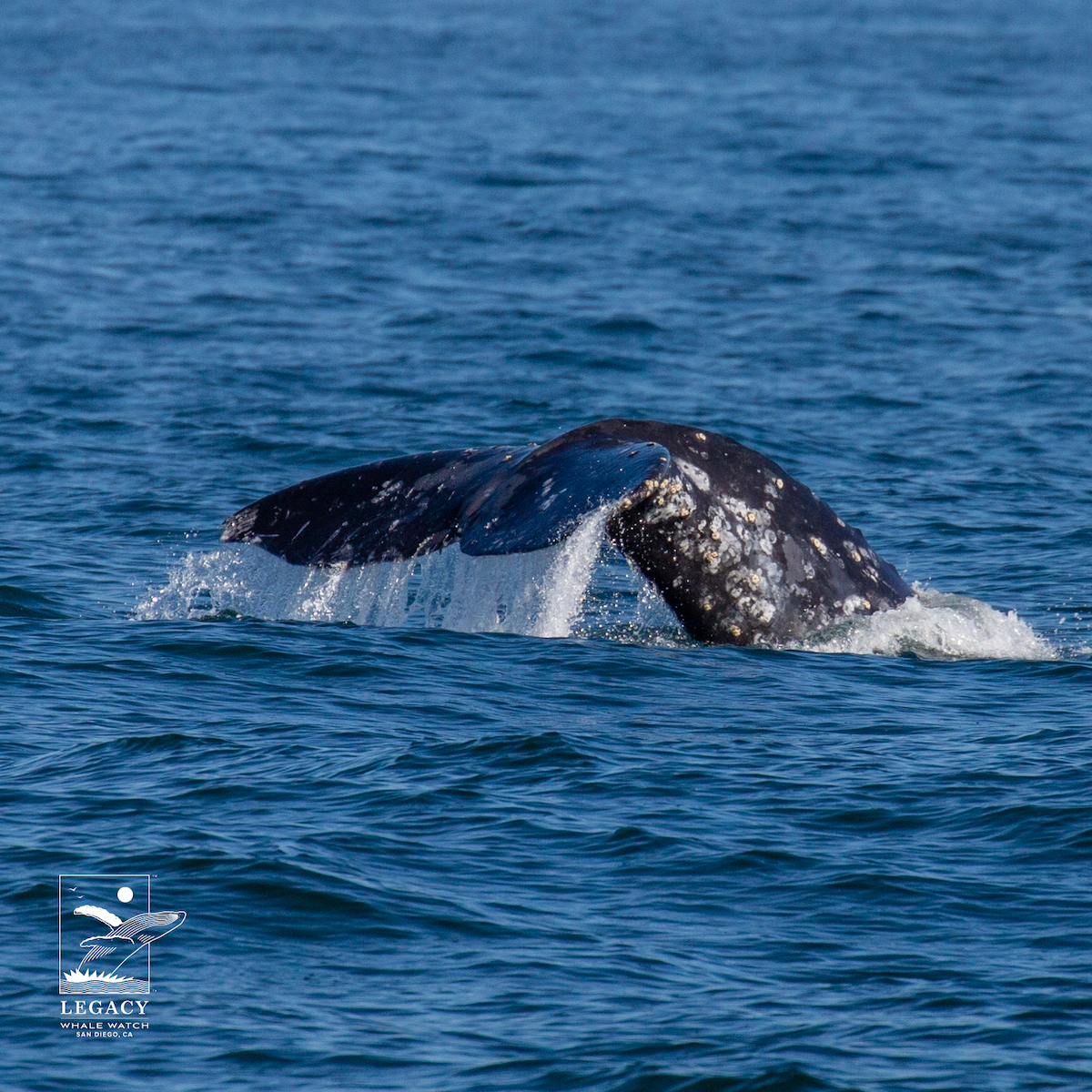 Gray Whale migration continues with the majority of the pod already in Mexico. Some individuals we spotted this week were headed south, perhaps a little late to the party down there. A few were spotted already setting out on their northbound migration. One trio of northbound Gray Whales was seen playing alongside a super pod of Common Dolphin. These three Gray Whales constantly surfaced feet from dolphin that were swimming directly in front of them and would occasionally roll onto their side. This indicated to us that these whales were playful and curious about all the smaller dolphin swimming around them. Quite amazing to see firsthand the curiosity of our marine mammal friends.

Common Dolphin were seen in number this past week, as we found multiple super pods numbering in the thousands of individuals. On at least three trips this past week, we came across mile-long spreads of these acrobatic, friendly dolphin. It’s hard not to have a great time seeing thousands of dolphin jumping and splashing around the boat. 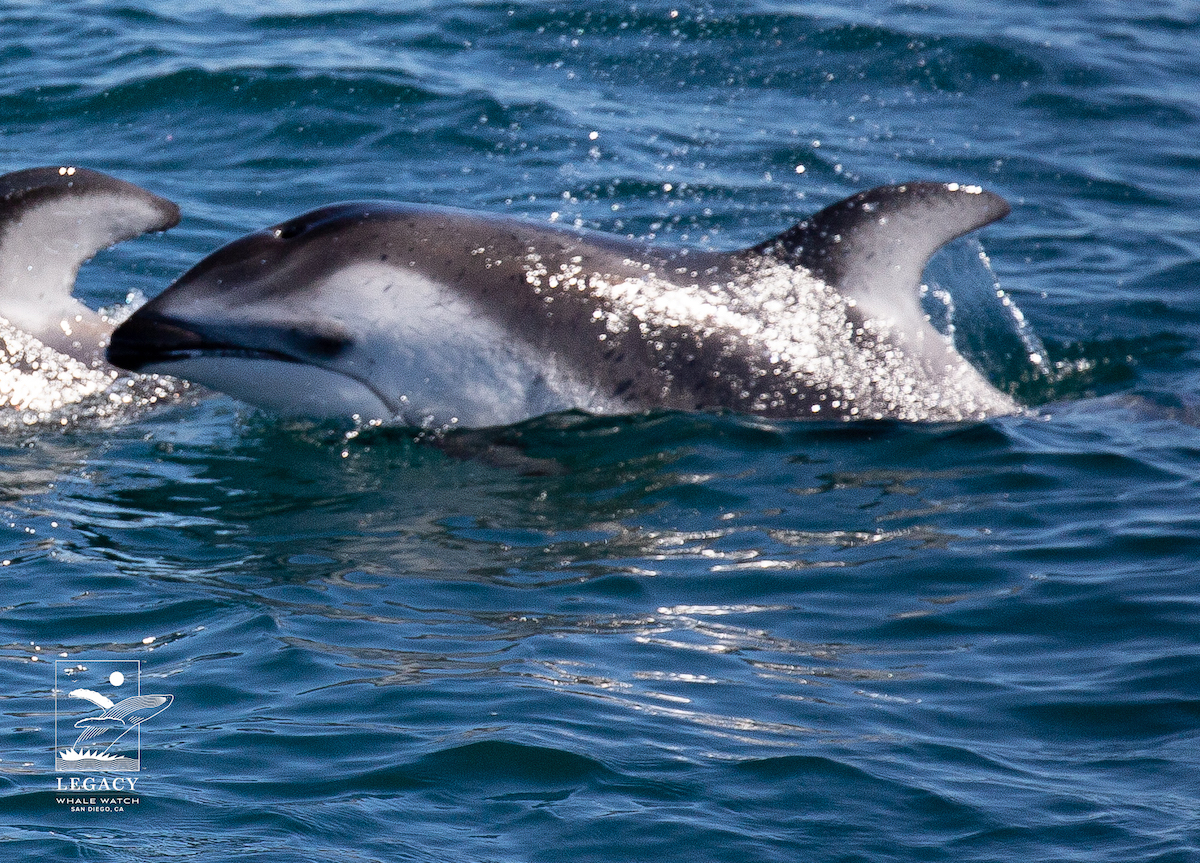 Pacific White-Sided Dolphin were spotted this week as well, close to shore and underwater structure. Always a great species to see, especially because they show up either at the beginning or ending of the trip. We hope they stick around as we move into spring.

This past week of whale watching will stick with us for a while but we are also excited to see what the ocean will bring us this week!